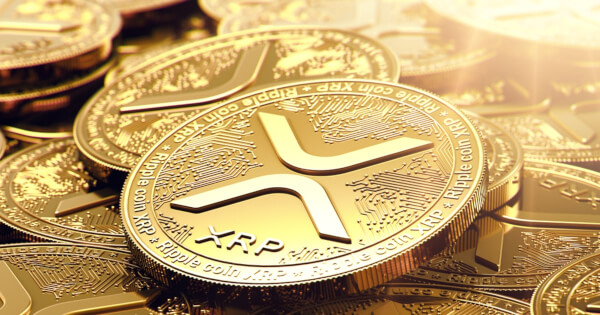 At current prices, Jed McCaleb has cashed out a total of $401,940, leaving only $17 worth of XRP left in the account.

Founded by RippleLab's Chris Larsen and Jed McCaleb in 2012, Ripple is a global payment system that aims to replace the SWIFT system of cross-border payments with their open-source distributed ledger technology, the Ripple Transaction Protocol (RTXP).

Before leaving Ripple, McCaleb received 9 billion Ripple and agreed that he could sell Ripple. Still, only a certain amount of Ripple per day to ensure that the transaction would not affect the market. Ripple price was negatively affected.

McCaleb was awarded 9 billion XRP, of which roughly over 6 billion have already been disposed of.

In late 2020, the SEC charged Ripple Labs and its co-founder Chris Larsen and CEO Brad Garlinghouse with selling Ripple since2013 without officially registering it as a security.

This is seen as a means for the co-founders to get rid of Ripple's reserves, especially as the SEC lawsuit has led to the ongoing devaluation of Ripple.

With the eventual sell-off, XRP proponent "XRP whales" claimed on Twitter that:

"Recently Jed McCaleb has sold off his remaining 5M $XRP. You now own more XRP than him."

Jed McCaleb ends the eight-year sell-off of his XRP holdings.