Blockchain and IoT: Transforming Hong Kong into a Smart City 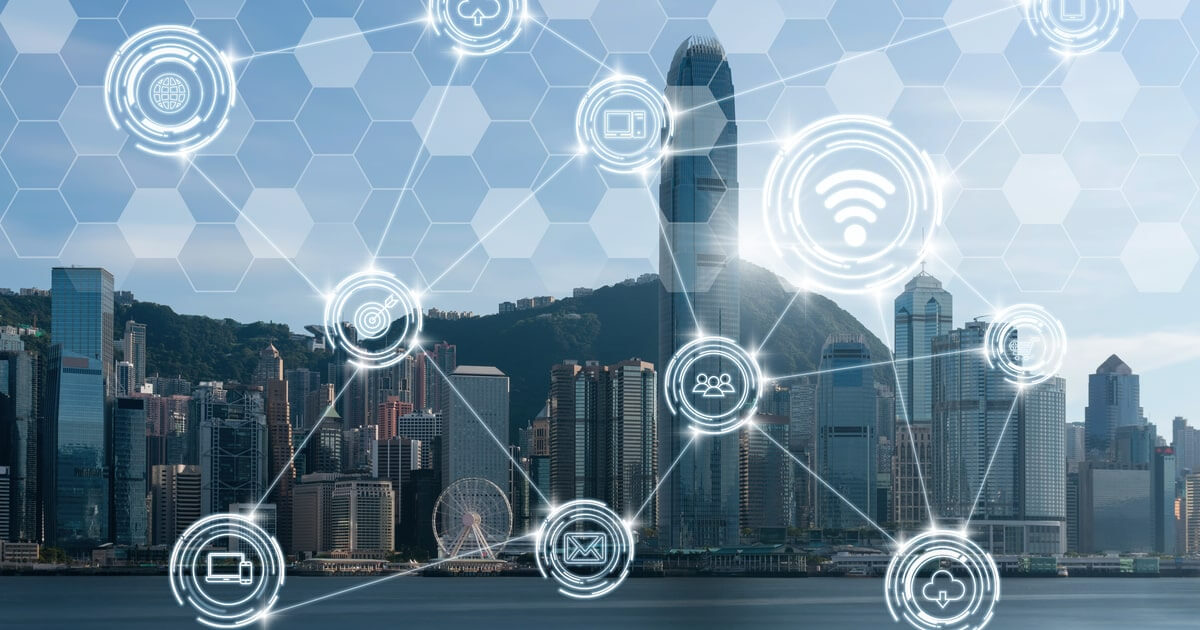 Blockchain and IoT: Transforming Hong Kong into a Smart City

In December of 2016 the Hong Kong Government released the Smart City Blueprint with a vision to develop Hong Kong into a world-class smart city. The key aims of this transformation are to improve the connectivity, efficiency and environment of Hong Kong by leveraging advances in digital information technology and data collection.

While the phenomenal growth of Information and Communication Technologies (ICT) being deployed has provided ubiquitous connectivity and intelligent automation—transforming into a Smart City demands attention and cooperation from businesses and the public as significant resources are required to support the new infrastructure. One such technology that will prove vital in this cooperation of many actors is blockchain and specifically the way it interacts with the Internet of Things (IoT).

Blockchain is a distributed ledger technology (DLT) which was originally created as a way to support cryptocurrencies, namely Bitcoin, but its real-world applications have spread far beyond the coin-sphere. Ultimately, what blockchain technology does is create an encrypted and decentralized ledger or data storage structure that shares information utilizing peer-to-peer networks and provides instantaneous updates to every single party involved. As the name implies, blockchain is literally a chain of digital blocks that contain records and transactions. Each block is connected to the ones before and after it. This makes it very difficult to change a single record as a hacker would need to change the block containing the record and as well as those linked to it to avoid detection.

The records on a blockchain are secured through cryptography. Network participants have their own private keys that have a personal digital signature. If a record is altered, the signature will become invalid and the peer network will know immediately that something has happened. Blockchains are decentralized and distributed across peer-to-peer networks that are continually updated and kept in sync. Because they are decentralized, blockchains have no single point of failure and cannot be changed from a single computer. It would require massive amounts of computing power to access every instance (or at least a 51 percent majority) of a certain blockchain and alter them all at the same time.

As the world continues to innovate and globalize, connectivity has never been easier and we are starting to see more and more things have the ability to connect to the internet. IoT , put simply, is the idea of basically connecting any device with an on and off switch to the Internet — and sometimes to each other. This includes everything from mobile phones, cars, headphones, refrigerators, and host of others. As of Aug 2018, there are 5 billion connected devices, expect to reach 29 billion by 2022(NCBI, 2018). Softbank CEO Masayoshi Son predicts 1 trillion devices for IoT in next 20 years.

As Hong Kong is being thrust into a state of unprecedented growth to achieve its Smart City vision, major challenges follow as it seeks to enhance its sustainability, population’s health, environmental impact, and safety. The Internet of Things (IoT) offers new opportunities for Hong Kong to use data to manage traffic, cut pollution, make better use of infrastructure and keep citizens safe and healthy.

Some of the ways in which blockchain can actually improve connectivity and IoT is through the utilization of smart contracts. These smart contracts rely on automation to speed up and streamline the contractual processes and are carried out when a specific condition is met. For example, in the construction industry, project managers could set up a system that self-executes payments to contractors and eliminate the current gaps and delays that hold construction up at various stages. In a broader sense, it could be regarding the conditions of goods, environmental conditions, or any other smart application that supports specific Internet of Things processes. The inherent security and transparency that blockchain platforms offers can not only just improve compliance in the IoT but also its interactional features and cost-efficiency as well.

Blockchain technology solves many issues when it comes to enabling peer-to-peer contractual behavior without any third party to “certify” IoT transactions. Some of the biggest issues include scalability, the threat of single-point failure, time stamping, and securing transactions. This is where blockchain technology comes into play, essentially offering a consistent solution to each of these issues.

Smart City Blockchain Implementation
In the September edition of Smart Vision Magazine, which is published by the Smart City Consortium (SCC), Jase Leung, CEO & Founder, Blockchain Solutions Limited, highlighted the technology’s potential in his article, ‘Smart City: How blockchain shapes Hong Kong future’. Below are two examples of turnkey solutions in blockchain and IoT that his company is currently implementing in the spirit of Smart City:

- CertAuth (Education and Human Resources)—a cross-certification platform that verifies authenticity of academic transcripts to combat forged educational and professional certifications, which are on the rise due to high demands and competition of the job-market. CertAuth aims to enhances security, reduce recruitment processes and ensure the authenticity of Hong Kong’s skilled workforce.

- CARMOB (Transportation & Insurance)—partnering with a local taxi-leasing company, a tailor-made onboard diagnostics device records and uploads the taxi’s data to the blockchain which is then analyzed to determine the driver’s attitudes and patterns. Based on these data insights, taxi owners and insurance companies can make more informed decisions regarding the driver’s lease and insurance eligibility.

The core incubation programs are:

Peter Mok, Head of Incubation and Acceleration Programs, HKSTP explained, “HKSTP currently has three stages of support programs for technology startups. Mok said, “The goal is to support startups beginning from their conception stage all the way to their IPO. It is not necessary for the participants to even have a minimum viable product (MVP) during the application stage; we will start our support from the idea. At each of the three stages of incubation, a financial subsidy is included for the startup.” He continued, “The Government has funded over 250 startup projects by the six research universities and around 200 of them have received a three-year research grant, we will admit 100 of them into incubation at the Smart Region of HKSTP.”

Moving away from the focus on FinTech, Blockchain and IoT are also being leveraged to enhance Hong Kong’s global attraction and develop future world events. Cyberport has a cluster of start-ups focusing on e-sports. This sector is touted as an emerging billion-dollar industry and the start-ups in this cluster have also received government grants.

Charles Lam, Senior Manager, FinTech & Blockchain Cluster, Clusters Teams spoke on the development, “Teams from all over the world will fly in and compete. Companies such as Tencent – 51% of their revenue actually comes from the gaming industry.”

As these games currently have not been built on blockchain, Lam explains the benefits of the technology, “Currently, if you delete the data and delete the players, then everything they have invested will be gone for good. If they decide to build the game on a blockchain platform, all the tools could be sold like a virtual asset. If the platform would run on a blockchain, then these games would truly be global.” This could create a “big ripple” in the gaming industry and Lam added, “that would truly be liberating for Hong Kong.”

From the 13 – 16 of October the Hong Kong Convention and Exhibition Centre will host the 39th HKTDC Hong Kong Electronics Fair (Autumn Edition) and 23rd electronicAsia events which will be held concurrently. The two fairs will gather around 4,300 exhibitors from across the globe, showcasing a wide variety of intelligent products, innovative start-up ideas, and electronic components.

We recommend going along to two of the key forums—“Blockchain in Industrial IoT – The next big thing?” on 13 October, and the Hong Kong Electronic Forum to discuss advanced robotics, MicoLED trends, and applications for electronics products on 15 October.