The European Central Bank (ECB) seeks to be ahead of the game by studying how blockchain-based bank transactions will enable more money control even if lenders change to distributed ledgers. 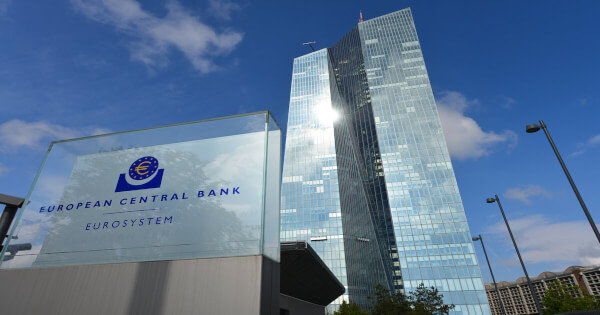 Fabio Panetta, an ECB board member, pointed out that it was fundamental to avert a situation where liquidity and trading would become fragmented if banks were allowed to settle amongst themselves or utilize stablecoins.

“Despite the uncertainties surrounding DLT’s potential, we want to be prepared for a scenario where market players adopt DLT for wholesale payments and securities settlement.”

Market participants can use distributed ledger technology (DLT) to verify transactions since a copy of them is kept rather than depending on a trusted party like a central bank. Per the report:

“On top of a digital euro for consumers, the ECB is looking at how it could let banks settle wholesale transactions between them on a distributed ledger, rather than the central bank’s own.”

Based on the popularity of cryptocurrencies like Bitcoin (BTC) and the underlying blockchain technology, the ECB is one of the global central banks eyeing digital currencies.

For instance, the ECB launched a public consultation on the proposed Digital Euro, Blockchain.News reported.

On the part of stablecoins, Panetta disclosed that they could jeopardize monetary supremacy. He said:

Panetta added that the ECB sought solutions to bridge the gap between its Target 2 settlement system and private blockchains.

Meanwhile, the ECB raised interest rates by 50 basis points (bps), which brought its deposit rates back to zero from -0.5% in July. The hike was a surprise move as economists had anticipated a smaller hike of 25bps.