The government of India plans to introduce a legislation in the country’s lower house that would ban private cryptocurrencies like Bitcoin and instead establish a national cryptocurrency. 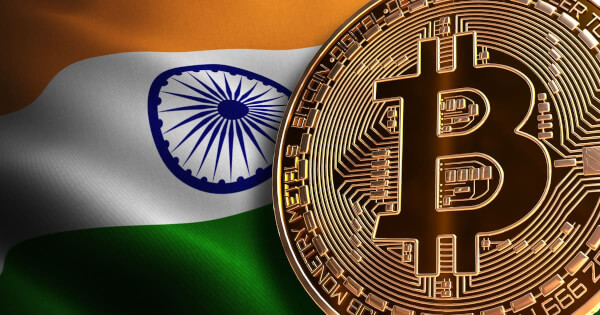 The lower house of India’s parliament (Lok Sabha) is set to hold a session to lead the ban of private cryptocurrencies while creating a framework for the establishment of an official digital currency to be issued by the country’s Central Bank (the Reserve Bank of India).

The Lok Sabha bulletin, released on Friday, January 29, revealed that one of the aims of the bill is to ban all private cryptocurrencies in the country while providing some exceptions to promote the underlying technology, blockchain.

Due to the recent increase in crypto adoption and trading in the country, the government seeks to ensure that local investors are not exposed to risks.

Apart from that, there are fears that crypto assets are being utilized for money laundering in the absence of any KYC standards. Some of the cryptocurrency exchanges operating in the nation had recently created measures related to KYC.

“We urge the government to take the opinion of all the stakeholders before taking a decision, which may affect the livelihood of the entire workforce employed in digital asset industry in India. We will engage with our peers and other stakeholders to work towards protecting the interest of the industry.”

“Its (the bill’s) success will depend on the details, particularly the definition of what the bill calls ‘private cryptocurrencies.’

This is not a common term. Bitcoin is not privately owned by anyone. It is a public good, like the internet. Bitcoin and most crypto assets are more like gold and not an alternative to government-issued legal tender. Crypto assets and digital government currency can coexist and together, they can bring tremendous benefits to the Indian economy.”

However, this is not the first time that India’s lawmakers have taken such a strong stance on cryptocurrencies. In 2018, an Indian government committee headed by economic affair secretary SC Garg with officials from the Securities and Exchange Board (SEBI) and the Reserve Bank of India (RBI) as its members recommended a ban on private cryptocurrencies through a bill, though suggested that blockchain technology be utilized in financial services for better fraud detection, insurance claims management, and loan tracking.

During that same year, the committee suggested the government to examine a digital version of India’s fiat currency and ways to implement it.

So, the current bill is seen as a continuation of the recommendation of the committee led by then economic affair secretary SC Garg.

In 2018, RBI stated that the move to ban all cryptocurrencies was necessary to curb “ring-fencing” of the nation’s financial system. The Central Bank further claimed that cryptocurrencies like Bitcoin cannot be treated as currencies since they don’t exist in physical form or are not made of metal and not stamped by the government. The Central Bank eventually banned cryptocurrency transactions following cases of fraudulent activities witnessed during that year. However, India’s Supreme Court overturned the ban in March 2020, which was a big win for the local crypto enthusiasts and the victory saw a sharp rise in cryptocurrency trading volumes in the country.

Ripple Files Response to SEC’s Lawsuit, Demands to Know Why Bitcoin and Ethereum Are Not Securities