Manchester United has inked a multi-year deal with Tezos, a proof-of-stake (POS) blockchain provider, as the club’s training kit sponsor. 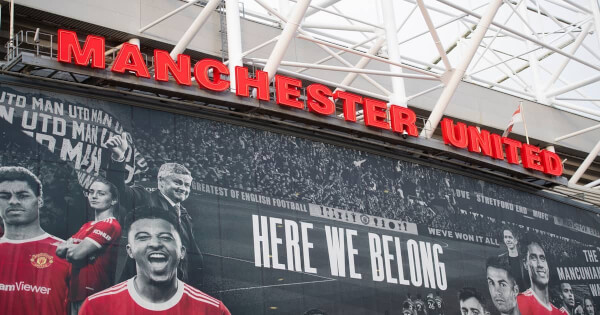 The new partnership came after the deal expired with AON last season; Manchester United’s first-team squad will, therefore, team up with a Tezos-branded training kit.

In a statement, Man. Utd. said that it chose Tezos because it is one of the providers of sustainable, reliable, and advanced blockchains needed to revolutionize how the club and fans interact.

“We are especially pleased to be partnering with one of the most eco-friendly blockchains, using technology that is energy-efficient, limits carbon emissions, and lowers costs, consistent with the club’s wider efforts to promote environmental sustainability.”

As a 13 time English Premier League (EPL) champion, the Red Devils seeks to render community-led innovation as the world gears to a new digital revolution. Therefore, Tezos emerged as its “blockchain of choice.”

Edward Adlard, the head of adoption and business development at Tezos, noted:

“Tezos will enable Manchester United to use blockchain and Web3 to transform fan, player, team, and partner engagement.”

With the non-fungible token (NFT) sector booming, Tezos has been one of the proof-of-stake networks empowering this sector. For instance, innovative protocols such as  AmplifyX, an NFT music marketplace, are based on the Tezos blockchain.

PoS blockchains are favoured in the modern era because they are deemed more environmentally friendly and cost-effective than the proof-of-work (PoW) networks used by digital assets like Bitcoin (BTC).