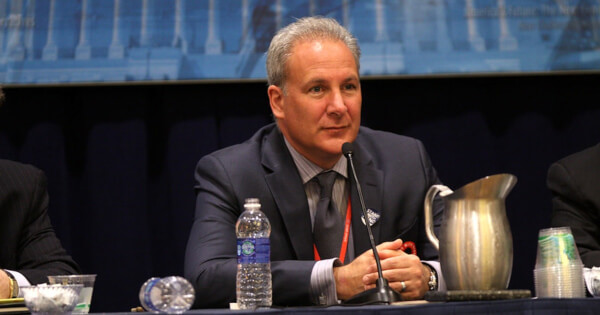 The Puerto-Rico based offshore bank, founded by American celebrity investor Peter Schiff, is currently being scrutinized by law investigators for helping numerous clients in tax evasion schemes and its professional conduct is currently being reviewed and questioned.

According to Australian news outlet The Age, multiple subpoenas are being issued in Amsterdam, the United States, Canada, and the United Kingdom to millionaires who have leveraged the Caribbean bank's services to store their assets, in what reports call "the world's largest tax probe," conducted under Operation Atlantis. "Hundreds of account holders" from Euro Pacific are suspected of financial foul play, and investigators are currently reviewing the financial transactions of Euro Pacific clients to uncover tax evasion misdoings.

Among the wealthy Australian customers' figures Simon Anquetil, a Sydney-based businessman who was held responsible for one of Australia’s biggest tax fraud crimes. According to The Age, should Euro Pacific be found guilty of harboring financial fraudsters and of conducting business illicitly, its partners Westpac and Perth Mint will also be held accountable.

Former Australian Federal Police investigator John Chevis revealed that he was very surprised when he discovered through investigations in 2017 that Perth Mint and Euro Pacific were connected. He disclosed that gold reserves, Peter Schiff’s favorite asset, may potentially be tainted at Perth Mint, bringing to question Euro Pacific's integrity. Clarifying on the matter, he stated:

"I think there's a significant risk that some of the gold held within the Perth Mint by customers of the Euro Pacific Bank may be held beneficially for criminals in other parts of the world."

Defending his bank, CEO Peter Schiff denied that there had been any foul play at his bank. He said:

“It's got nothing to do with reality. There's a lot of things that a government could believe that might not be true.”

He then stormed out of the interview. Peter Schiff, a seasoned American broker known for his anti-Bitcoin stances, has long publicly made it known that he was no fan of the mainstream cryptocurrency, even taking to Twitter in many instances to dispute the value of the digital currency.

Official reports shed insight on potential reasons behind the investor’s fear of Bitcoin, as it was disclosed that Euro Pacific Bank had previously targeted in a Bitcoin extortion scam. Per the Age’s report, former IT director of Euro Pacific John Ogilvie had encountered suspicious scammers in the past that brought to question the bank’s security and the employers’ use of legal loopholes to aid customers in “stashing untaxed income.” Ogilvie said:

“Anderson (Schiff's business partner)’s computer was hacked three times over a two-year period, and at one point, Russians tried to extort the bank for a ransom of 1000 bitcoins, worth millions of dollars.”

Further investigations are still being carried out at the time of writing, as Euro Pacific is currently still being probed by tax investigators.