The tightening regulations on cryptocurrency raise many concerns and the DoJ’s new guidance around cryptocurrency enforcement, which casts the industry as fraught with criminal activity, has Ripple’s CEO and the crypto community up in arms. 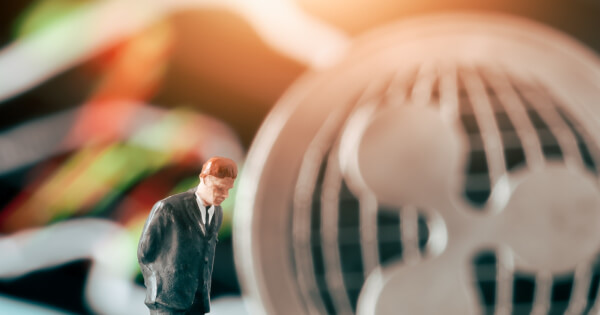 Ripple CEO Brad Garlinghouse has been critical of the oppressive US regulation towards blockchain and digital assets. On Oct 7, incidentally, only two days after John McAfee’s arrest in Spain for ICO fraud and tax evasion, the Ripple CEO tweeted:

“Strongest internet companies built in the US, in part b/c of regulatory clarity. We have that opp with blockchain + digital assets. Responsible players like Ripple aren’t looking to avoid rules, we just want to operate in a jurisdiction where the rules are clear.”

Attorney General William P. Barr published a cryptocurrency enforcement framework that provides, “a comprehensive overview of the emerging threats and enforcement challenges associated with the increasing prevalence and use of cryptocurrency; details the important relationships that the Department of Justice has built with regulatory and enforcement partners both within the United States government and around the world; and outlines the Department’s response strategies."

What seems to have alarmed the crypto community and Ripple’s CEO is that the report cites the words "crime" and "criminals" almost 170 times and states: “Ripple Labs willfully violated several requirements of the [Bank Secrecy Act] BSA.”

“An 70+ page contradictory report is not regulatory clarity — many responsible private players are trying to follow the rules, but that becomes increasingly hard when there’s no single arbiter of the law.”

The Ripple CEO commented on the report believing that the report is not regulatory clarity highlighting that unclear regulation is making it increasingly difficult to follow the rules.

"We need a framework (like #DCEA) that provides clarity, protects consumers AND fosters innovation in the United States or companies will move their investment (or whole company) overseas."

As mentioned, Ripple is prominently cited in the DOJ’s report as "one example of successful collaboration, FinCEN, working in coordination with the United States Attorney’s Office for the Northern District of California, assessed a $700,000 civil monetary penalty in 2015 against Ripple Labs Inc. and its wholly-owned subsidiary, XRP II, LLC.67"

Despite talks of relocation, Ripple is currently a US-based blockchain company and the DOJ's Cryptocurrency Enforcement Framework will no doubt have a direct and profound impact on Ripple's future and the XRP price. 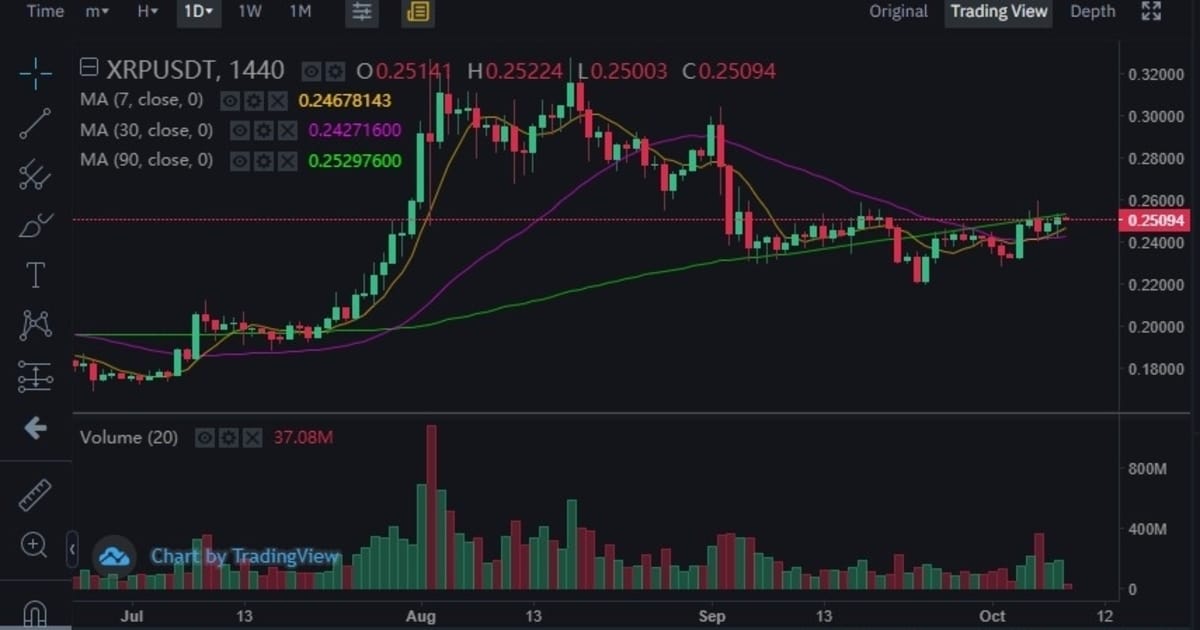 At the time of writing, Ripple’s XPR token remains uninfluenced by the Cryptocurrency Enforcement Framework news and is up 2.45% over the last 24hrs, sitting at a price of  $0.25. However, the Ripple XRP price still appears to be on a downtrend. Charts analysis indicates that the 30-day moving average has become the support level after a price surge on Oct 4. But the 90-day MA is a critical resistance level that XRP must break to resume any upward price action, the Ripple crypto is currently consolidating below the 90-day MA.

The XRP price appears content to fluctuate between the 90-day MA and the 30-day MA levels, but we expect that when the DOJ regulation is put into action, XRP price could face a drop.