The Collapse of the Cryptocurrency Market Triggers Discussions among Legislators

U.S. regulators and legislators concerned about the recent oscillation in the cryptocurrency market, considering re-examining crypto-asset legislation, after the Bitcoin (BTC) plummeted by more than 30% on Wednesday. 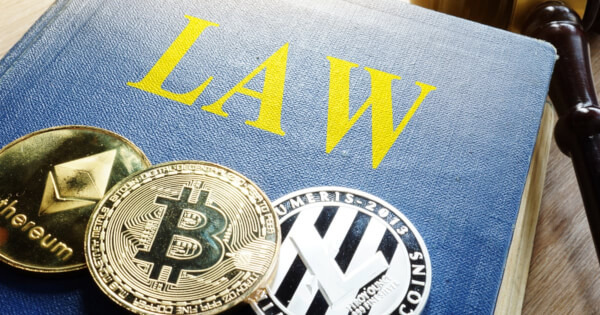 The oscillation in this week, therefore, raised concerns by U.S. regulators and legislators over the trading market. They considered re-examining crypto-asset legislation.

According to a Bloomberg report on Thursday, Wall Street financial regulatory institutions actively look for the right way to supervise cryptocurrencies, paying close attention to illegal activities related to digital assets, such as issues of market manipulation and money laundering.

"We are in the process at the Fed of studying the various ways to address this issue."

Quarles also added that federal agencies need time to think about the right regulatory approach before establishing a framework for oversight.

Acting Comptroller of the Currency Xu (Michael Hsu) stated that he has discussed with other regulatory agencies to establish an interagency task force on tokens to research cryptocurrency regulation affairs.

At the same time, Sherrod Brown, Chairman of the Senate Banking Committee, expressed concern on Wednesday about the high volatility and regulation of cryptocurrencies.

"It tells me that fintech companies and others operating outside the regulatory system can pose a danger.I don’t know the solution yet with these, but it’s cause for concern."

Gary Gensler, Chairman of the Securities and Exchange Commission, called Bitcoin "a highly speculative investment." Digital currencies may be too turbulent that their values will be zero. Gary Gensler proposed that the gap in the system should be filled, and the SEC should be empowered with a  clear cryptocurrency trading authorization in order to protect investors' interests.

Bitcoin Crashed down to $30K-What’s Next?