The US Supreme court has limited the amount of punitive fines that the US Securities and Exchange Commission (SEC) can impose on cryptocurrency and blockchain firms, in a historic ruling yesterday. 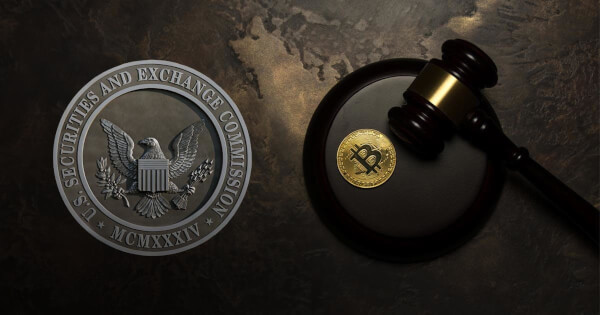 The Supreme Court introduced a new regulatory scope for the SEC—effectively limiting its authority to punish defendants with fines. The ruling may have come too late for many of the SEC recent crypto targets, who would have avoided punishment under the new limits.

In a summary from the US Supreme Court case Liu v. SEC—as published by the National Law Review on June 23—the court ruled that the SEC cannot impose disgorgement fines that exceed the amount of profit made from illegal activities. Disgorgement is a term used to define repayment of ill-gotten gains that is imposed on wrongdoers by court rulings. Additionally, any penalties can only be awarded to victims of the illicit activity, not imposed as a punishment.

While the ruling is not exclusive to blockchain and cryptocurrency firms, it will be welcomed in the blockchain community due to the excessive nature of the SEC’s actions against past crypto defendants.

Despite well-documented uncertainty between separate regulatory bodies on how to classify digital assets, within the US blockchain and crypto space, the SEC has maintained that digital assets likely fall under US securities laws. The SEC has punctuated this stance through punitive enforcement against high profile projects like Telegram and EOS provider, Block.One who was fined 24 million dollars for its ICO offering.

The SEC’s palpable disdain of any Bitcoin or cryptocurrency centered project in need of formal regulation has even drawn the ire of one of its own, Commissioner’s Hester Peirce.

Peirce earned the nickname of ‘Crypto Mom’ when she spoke out and highlighted parameters that were set and heavily scrutinized in the SEC’s processing and ultimate rejection of Bitwise’s Bitcoin ETF application. Peirce argued that the standards that Bitcoin ETF’s are subjected to have never been applied to traditional markets offering.

SEC Commissioner Hester Peirce wrote that “the Commission applies a unique, heightened standard under Exchange Act Section 6(b) to rule filings related to digital assets” in a dissenting statement in response to the Bitcoin ETF rejection. Peirce wrote, "This line of disapprovals leads me to conclude that this Commission is unwilling to approve the listing of any product that would provide access to the market for bitcoin and that no filing will meet the ever-shifting standards that this Commission insists on applying to bitcoin-related products—and only to bitcoin-related products.”