Everything You Need to Know about 1inch 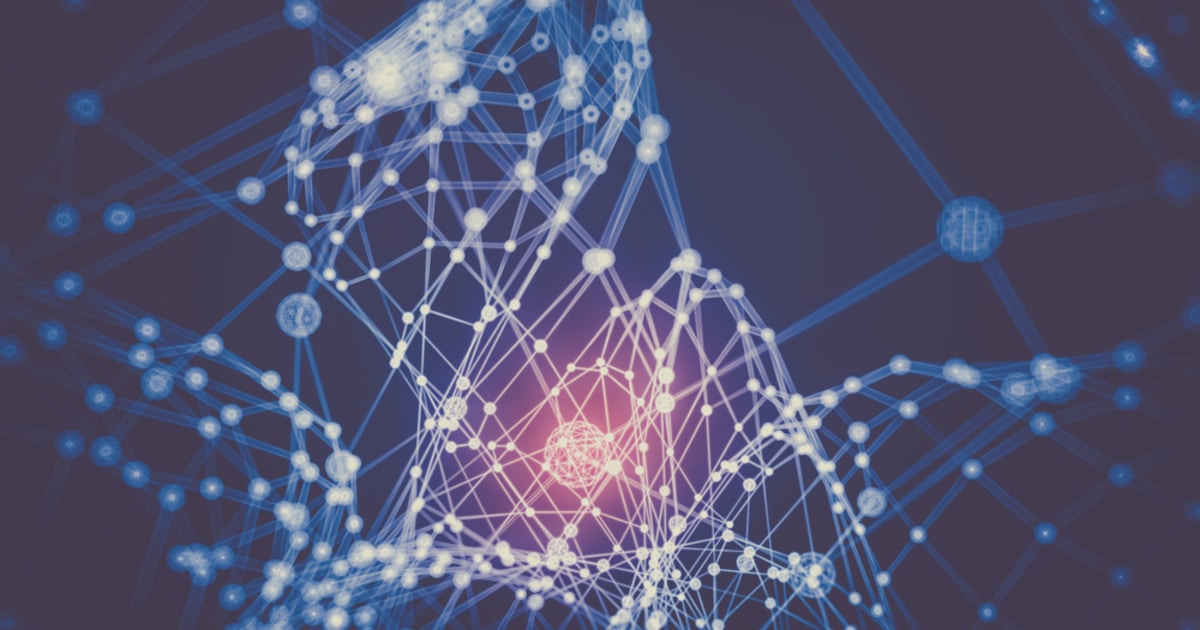 Due to the different structures of various decentralized exchanges such as Uniswap, Aave, etc., the selling price of the same digital currency is slightly different on different exchanges.

The V2 version of the 1inch Liquidity Protocol uses a mechanism that increases with price slippage to ensure that liquidity providers and 1INCH token pledgers obtain higher returns through volatility.

It contains the 1inch Pathfinder algorithm. The algorithm acts as a bridge to split an exchange transaction by effectively using the many "market depths" in the same protocol.

"Market Depth" is an important indicator of the supply and demand relationship of cryptocurrencies based on the number of publicly-traded orders. 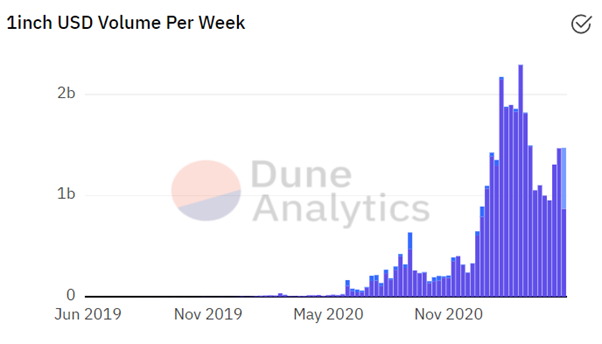 According to the data of Dune Analytics, it can be seen that 1inch's transaction volume has surged after the end of 2020, mainly due to the arrival of the main updated version of its platform "V2". 1inch's V2 platform adds some more complex transactions to the original basis to keep prices low, such as rescheduling funds dedicated to loan collateral for the decentralized lending protocols Aave and Compound. 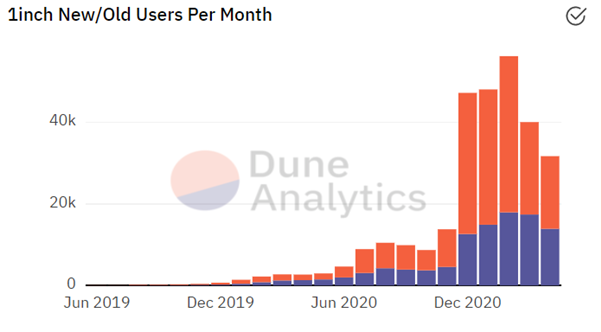 Although the monthly new/old users ratio has been reduced, it remains at greater than 1, implying that the number of new users of 1Inch is increasing at a gradually decreasing rate. But we believe that if V3 appears in the near future, by incorporating more Decentralized Finance (DeFi) protocols, upgrading algorithms, and making transactions cheaper. It will attract greater liquidity,

The platform launched its crypto token 1INCH on Christmas 2020. The total circulation is 1.5 billion pieces. The main function of 1INCH tokens is the participation of governance, such as modifying transaction fees, recommendation rewards, and so on.

There are two types of governance: pool governance and factory governance. Users can use it to vote on the operation of the 1inch platform and achieve instant governance.

DODO DeFi Token: Everything You Need to Know